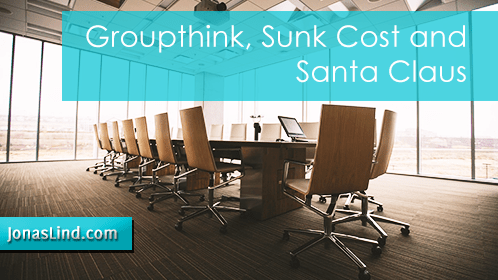 “Two things are infinite: the universe and human stupidity; and I’m not sure about the universe.”

We believe we are logical and rational but in fact most of the time, our thoughts are illogical and we act irrationally. This week, I will discuss three common and dangerous thinking flaws. Each one of them can turn out to be very costly for your business and your career.

The most dangerous of all thinking flaws! Groupthink occurs when a group makes irrational or dysfunctional decisions for the sake of conformity. The confidence to express an unpopular opinion is sacrificed for group harmony.

In time like these, I’m sure you must have been thinking, “This doesn’t feel good but I don’t want to be the pessimist”. The decision to follow the group can be fully rational. If you oppose the group you may be considered disloyal, stupid or weak.

However, I want to caution that despite rational thought, groupthink can be extremely dangerous. Groups affected by groupthink can build up an illusion of invulnerability that leads to extreme risk taking, sometimes risking the whole company.

President John F. Kennedy sought to avoid groupthink during the Cuban Missile Crisis. During meetings, he invited outside experts to share their viewpoints, and allowed group members to question them carefully. Kennedy was deliberately absent from the meetings, so as to avoid pressing his own opinion.

If you are a leader, it’s very important to encourage all team members to air objections and doubts. Encourage group members to play the Devil’s advocate. You should also be careful not to express your opinion too early in meetings.

In decision-making, a sunk cost is a cost that has already been incurred and cannot be recovered. Logically, only prospective (future) costs should be relevant to an investment decision. Otherwise, we are not assessing a decision on its own merits. Common sense.

The problem is that we are not rational and logical. Often, sunk costs do, in fact, influence actors’ decisions.

This is very common when organizations are discussing investment in new IT systems. I have seen many investment documents where the depreciation of the current system is considered a cost in the ROI calculation of the new system.

This thinking flaw is also very common among sales people. You will often hear “we can’t drop this opportunity because we have spent so much time on this”.

Two consequences tend to result from such thinking. Either, we miss out on a potentially profitable investment or, we stubbornly continue to invest in something that is not worth investing. Remember, ‘sunk costs’ should NEVER affect the rational decision-maker’s best choice. Whatever has been spent is gone.

This trap is the bias that leads us to seek out information to support our existing point of view while avoiding information that contradicts it.

The confirming-evidence bias not only affects where we go to collect evidence but also how we interpret the evidence we do receive, leading us to give too much weight to supporting information and too little to conflicting information.

It’s similar for Santa Claus and UFOs. My daughters saw Santa Claus everywhere when they were small. Now, they don’t see him anymore. Strange.

If you are a leader, it’s very important that you remind yourself of the danger of falling into this trap. If not, you may see Santa Claus or fall into wishful thinking that can lead to the wrong decisions.

Get someone you respect to argue against the decision you’re contemplating. Don’t ask leading questions that invite confirming evidence when seeking advice from others. I tend to do this and I have to remind myself all the time to not do this mistake.

Be careful that you are not weighing up the costs of being wrong, rather than investigating a decision in a neutral way. A strong leader is not afraid of being wrong.  As Steve Jobs said: “Sometimes when you innovate, you make mistakes. It is best to admit them quickly, and get on with improving your other innovations”.

Have any of these happened to you? Do share your stories or even how you managed to overcome such situations and reaped the benefits of thinking otherwise.

September 18, 2015
Management
What I learned from Vilfredo Pareto and my first golf coach
Apple, Google & IKEA – What they all have in common 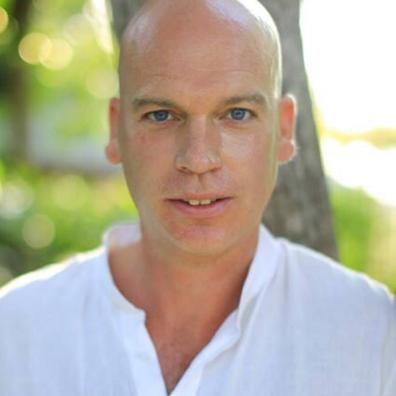